There’s a scene early on in The Last of Us Part II where Ellie and Dina find an old music store, and as they explore it, Ellie finds an acoustic guitar inside a black hard shell case. She opens it up, grabs the guitar, and starts playing a few notes before breaking into a melancholy song while Dina lies by her feet and listens. It’s a beautiful scene, not least of which is the story behind Ellie first learning how to play the guitar. Four years prior, Joel gives her his guitar and promises to teach her how to play. It’s a touching scene in a game full of them.

I bought my first guitar in March, a Gibson G–45 acoustic in standard walnut and handcrafted in Bozeman, Montana. A few months prior, a friend of mine lent me one of his guitars that I played on and off, never seriously and never really that well. But when I received this Gibson G–45 acoustic guitar, in the middle of lockdown no less, something new was sparked within me. I opened the package, pulled out the hard case, and grabbed the guitar. It was light and smelled wonderful. I tuned it and played the few chords I knew and loved the sound. It was warm and the strings felt great under my fingertips.

Wishing you were one thing and actually becoming it are two very different things. Before owning my guitar, I felt like a pretender, like someone who wished to be a guitar player rather than being one. After owning my guitar, I felt different. I felt that not only could I be a guitarist but that I would be a guitarist. Since then, I’ve been practicing on a near daily basis, and even though I’m still not good enough to play in front of people, I’m on that road. I can see it, I can feel it, and I can taste it.

While I watched Ellie play, I felt all of those emotions rise up again. I picked up my guitar, wrapped the strap around my shoulder, and started playing.

Hey, my name is Mario Villalobos. I am a writer, photographer, and IT director living in western Montana. 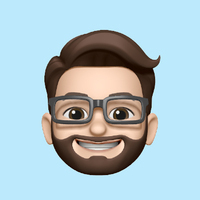 I earned a BFA in Writing for Screen & Television from the University of Southern California School of Cinematic Arts. I'm @mariovillalobos on Micro.blog and you can listen to me talk about myself in episode 94 of the Micro Monday podcast.

If you enjoyed this post, check out my stream where I post short updates regularly or grab the RSS feed for everything I write. Thoughts? Say hey@mariovillalobos.com.